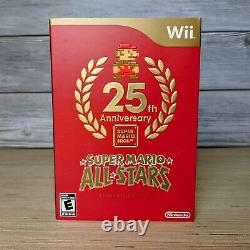 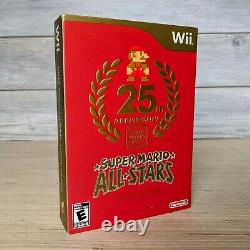 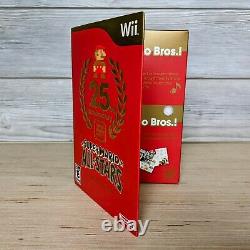 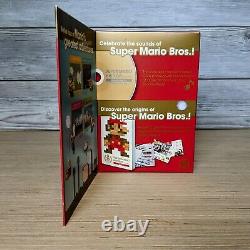 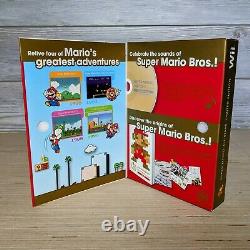 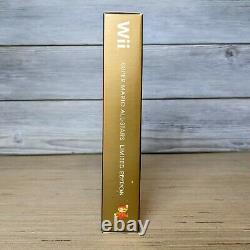 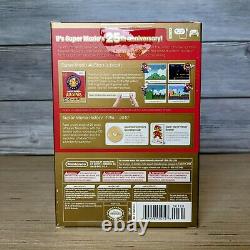 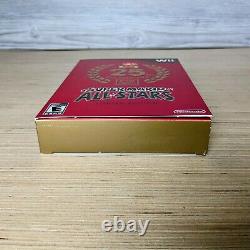 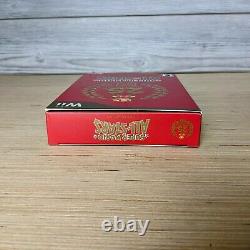 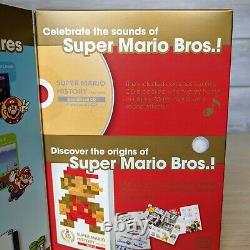 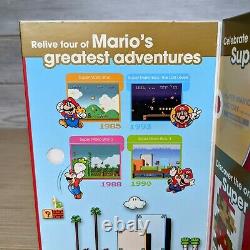 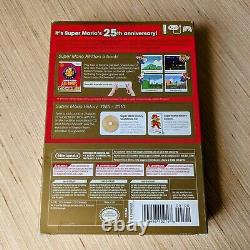 This is Super Mario All Stars Limited Edition for the Nintendo Wii. It is part of the 25th Anniversary celebration during the Wii console's lifecycle. Condition Notes: Item is new and factory sealed. Tamper seals on top and bottom are intact.

There are some minor imperfections in the corners and along some edges. Please see item photos for condition details.

Super Mario All-Stars is a compilation of four video games in the Super Mario seriesSuper Mario Bros (1985), Super Mario Bros: The Lost Levels (1986), Super Mario Bros 2 (1988), and Super Mario Bros 3 (1988)originally released for the 8-bit Nintendo Entertainment System (NES) and the Family Computer Disk System. Additionally, a two-player bonus game based on Mario Bros (1983) can be accessed from Super Mario Bros 3. The games are faithful remakes featuring the original premises and level designs intact. They are 2D side-scrolling platformers where the player controls the Italian plumber Mario and his brother Luigi through themed worlds. They jump between platforms, avoid enemies and inanimate obstacles, find hidden secrets (such as warp zones and vertical vines), and collect power-ups like the mushroom and the Invincibility Star.

Super Mario Bros, The Lost Levels, and Super Mario Bros 3 follow Mario and Luigi as they attempt to rescue Princess Toadstool from the villainous Bowser, with the player stomping on enemies and breaking bricks as they progress. Super Mario Bros 2 features a different storyline and gameplay style: Mario, Luigi, the Princess, and Toad must defeat the evil King Wart, who has cursed the land of dreaming. In this game, the player picks up and throws objects such as vegetables at enemies. The player selects one of the four from an in-game menu and can exit at any time by pausing.

The games in Super Mario All-Stars have been updated to take on a 16-bit look. The updates range from remastered soundtracks to revamped graphics and the addition of parallax scrolling.

Game physics are slightly modified and some glitches, such as the Minus World in Super Mario Bros, are fixed. The difficulty level of The Lost Levels is toned down slightly: poison mushroom hazards, which can kill the player, are easier to distinguish, and there are more 1-ups and checkpoints. All-Stars includes the option to save player progress, which the original games lack. Players can resume the games from the start of any previously accessed world, or in The Lost Levels, any previously accessed level. Up to four individual save files can be stored for each game.

The item "SUPER MARIO ALL STARS LIMITED EDITION Nintendo Wii NEW and FACTORY SEALED" is in sale since Wednesday, June 30, 2021. This item is in the category "Video Games & Consoles\Video Games". The seller is "fleetnathan" and is located in Fort Myers, Florida.