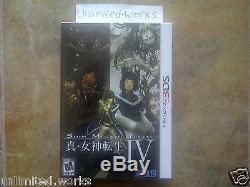 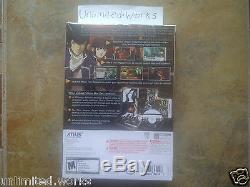 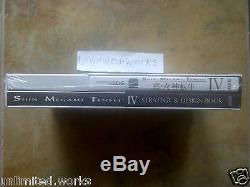 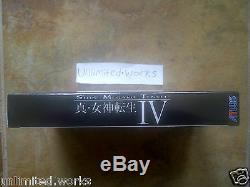 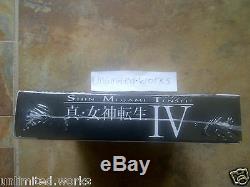 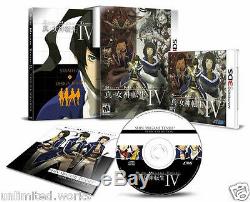 Shin Megami Tensei IV Game Sofrware. The Eastern Kingdom of Mikado is a city of the chosen, sitting on high and protected all around by towering walls. Yet its people are at risk from an ongoing demon threat that the player as a newly appointed Samurai are duty-bound to fight against. Throughout the player's journey, they must choose their own path. The choices will affect them, other NPCs, and the overall outcome of the story.

Decisions players make throughout the course of the story will have lasting repercussions, as the fate of the world hangs in the balance. A third-person RPG epic, Shin Megami Tensei IV is the latest addition to the main Shin Megami Tensei series.

A decade since the last release, the latest Shin Megami Tensei game introduces new features such as the digital demon lending, brought to life by the Nintendo 3DS StreetPass function. Taking advantage of the autosave and autoload functions will also save the player from encountering future problems.

Players will constantly be challenged with balancing the strengths of their demons to ultimately excel in battle. A World to Discover, A Mystery to Uncover. The life of a Samurai is fraught with peril.

Players must leave the safety of the kingdom in order to defend it from invading demons. There the story unfolds as they become involved in a fierce battle against God and demons. The Press Turn system requires strategic thinking for every battle. Pinpointing an enemy's weakness will provide a vital extra turn for players to exploit. But there are dangers as well... Reckless attacks against demons cause players to lose their turns and give the enemy an opening to strike back.

This item is in the category "Video Games & Consoles\Video Games".works" and is located in Brandon, Florida. This item can be shipped worldwide.