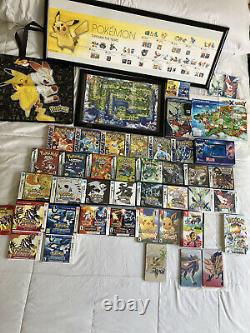 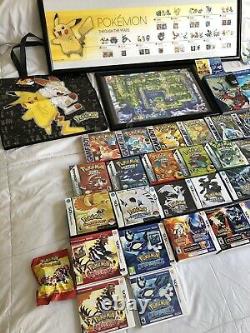 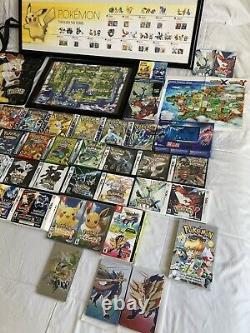 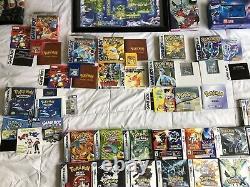 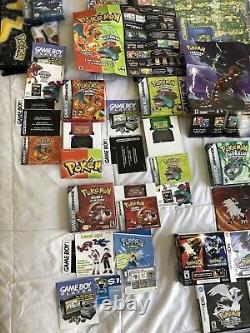 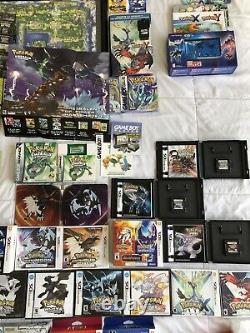 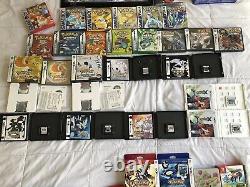 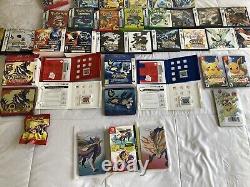 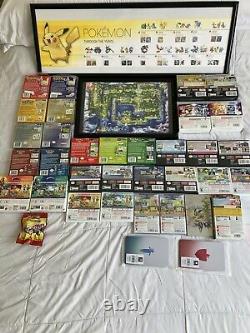 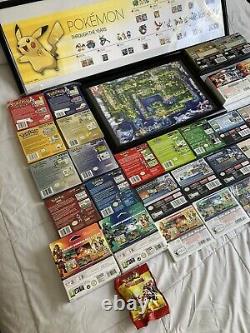 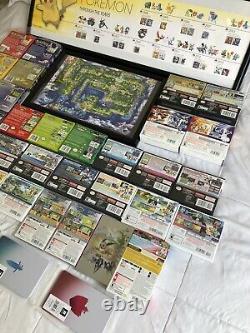 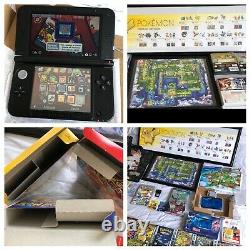 Please check out my other items for sale! My entire Pokemon video game collection, I have every single version that came out to the US. This set also includes some extras. As I got older, I stopped playing them thats why some are new.

I took care of my games but have not tested each one to see if they work. Some are used and some are brand new.

Please look at the pics carefully, what you see is what you get. In the pics I opened all the games that have been used to show all their booklets and game included.

Version - New, SteelBook with Ultra Sun. - New, SteelBook(Eevee on the front & Pikachu on the back). Double Pack with Sword, Gold SteelBook. Pokemon Through The Years(X & Y Pre-order GameStop Poster) Framed.

The seller is "ragnar-gt" and is located in Miami, Florida. This item can be shipped to North, South, or Latin America, all countries in Europe, Japan, Australia.