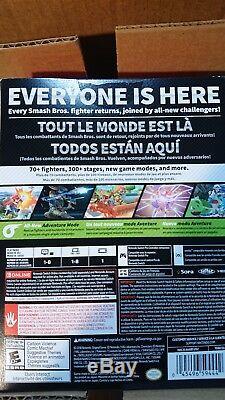 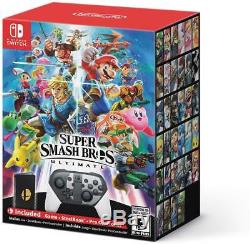 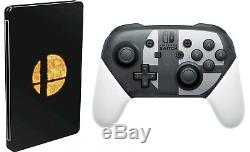 Smash rivals off the stage as new characters Isabelle, Simon Belmont and King K. Rool join Inkling, Ridley, and every fighter in Super Smash Bros. Enjoy enhanced speed and combat at new stages based on the Castlevania series, Super Mario Odyssey, and more! Having trouble choosing a stage?

Then select the Stage Morph option to transform one stage into another while battlinga series first! Plus, new echo fighters Dark Samus, Richter Belmont, and Chrom join the battle.

Whether you play locally or online, savor the faster combat, new attacks, and new defensive options, like a perfect shield. Jam out to 900 different music compositions and go 1-on-1 with a friend, hold a 4-player free-for-all, kick it up to 8-player battles and more! Feel free to bust out your GameCube controllerslegendary couch competitions awaitor play together anytime, anywhere!

New stages and fighters are joined by the combined rosters of every past Super Smash Bros. Face off in 2-4 player battles, or play against the computer. Play any way you wantlocally, online, in TV mode, Tabletop mode, Handheld mode, or even with GameCube Controllers. Fight faster and smarter with new and returning techniques, like the perfect shield and directional air dodge. Challenge others anytime, anywhere, whether youre on the couch or on the go.

Amiibo figures based on the new fighters will be released. All previous Super Smash Bros.